Small Bowel Bacterial Overgrowth Testing is a simple, non-invasive, gastrointestinal test that detects bacterial overgrowth in the small intestine. It is often referred to as BOSI or SIBO. Small intestine bacterial overgrowth (SIBO) is a common gastrointestinal disorder that often underlies chronic gastrointestinal symptoms of maldigestion and malabsorption. This includes bloating, gas, diarrhea, irregularity, and abdominal pain. Conditions that can lead to overgrowth of bacteria can include Crohn’s Disease, adhesions, radiation damage, Lymphoma, Diabetes and Scleroderma, immunodeficiency such as AIDs or Immunoglobulin Deficiency, and IBS. Excess bacteria may use up all the nutrients needed by your body and could cause you to become malnourished. Irritable Bowel Syndrome is the most commonly diagnosed gastrointestinal disorder. The Small Bowel Bacterial Overgrowth test can help identify the actual cause of Irritable Bowel Syndrome.

Complications and Symptoms Associated with Small Bowel Bacterial Overgrowth Include

What to Expect During a Small Bowel Bacterial Overgrowth Test

Prior to your Small Bowel Bacterial Overgrowth Test, your gastroenterologist will provide you with instructions on preparing for the test. This will include instructions for fasting, what to eat the night before the test, and what to avoid the day of the test. With the Small Bowel Bacterial Overgrowth test, your doctor will have you ingest a substrate packet. After a short time, the doctor will take breath samples every twenty minutes during a three hour timeframe. The entire process will take place in our regular office. This would include breath samples every twenty minutes over a three-hour period and will be done in office.

If bacterial overgrowth has been diagnosed, your doctor will use a suitable antibiotic regimen to get rid of the bacteria and relieve the symptoms caused by it. Treatment will then begin on the underlying cause to keep the overgrowth from recurring. A low carbohydrate diet can be helpful as well. Call Blair Gastroenterology Associates today at 814-946-5469 to schedule an appointment for a complete evaluation with one of our qualified physicians. 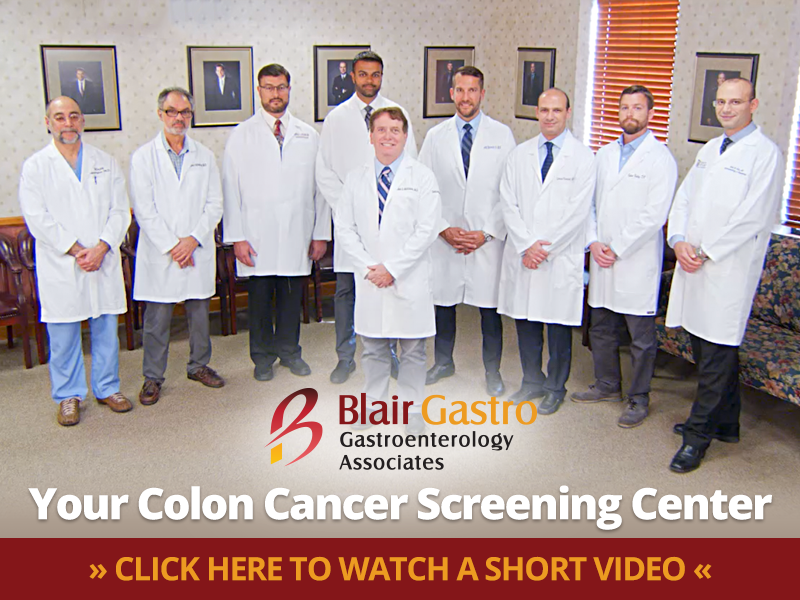 Share your experience with Blair Gastroenterology Associates on one of the following sites:

We strive for 100% customer satisfaction. If we fell short, please tell us how so we can make amends.